Josh is a Certified NCCP Club Coach that has been coaching players of all levels for 20 years.  Josh is a life long squash player with vast experience coaching raw beginners, high performance juniors, aspiring professionals, and provincial and national champions.

As a playing professional Josh achieved a highest Canadian ranking of #10, and won several provincial and national championships including the 2009 BC Open Championships, 2006 Manitoba Open, 2006 Saskatchewan Open, and the 2009 Canadian 30+ National Championships.  Josh has also previously served the squash community as President of Squash Manitoba and received the Squash Canada Certificate of Achievement which recognizes significant ongoing contribution to squash at the provincial level.

Having developed a deep knowledge of both the technical and mental aspects of squash, Josh is keen to pass on this knowledge and joy of the sport to the VRC membership.  The VRC team of squash professionals can tailor a program to fit any player and is dedicated continuing the great tradition of VRC squash.

To book a lesson with Josh …

Rates for the lessons with Josh:

Duncan is a Level One Certified Coach with experience developing players of all levels.  Duncan spent the majority of his squash career in the US, first playing for and Captaining a US collegiate team at St. Lawrence University.  In his final year they lost in the National Final.  Duncan went on to continue playing competitively in the US on the professional doubles tour and working with Tufts University as a Varsity Assistant Coach for 3 years.

Duncan has worked with some of the best coaches in the world in both training and camp settings and has developed a keen technical understand of the game.  Along with adult development Duncan knows exactly what it takes for junior players to grow into both Canadian and US collegiate players having such an experience himself.

To book a lesson with Duncan …

Rates for the lessons with Duncan:

$35 per person for 2 people.
For larger groups, please contact directly

Anthony is a certified England squash professional and coach.  Before arriving in Vancouver, Anthony played on the PSA World Tour for 5 years.  During that time, he was the winner of the Costa Rica PSA and achieved a world ranking of 98.  While on tour Anthony had multi victories against top 30 world ranked players and reached the final of multi-international events.

As a junior player, Anthony reached number 1 in the England squash rankings while winning the U19 European and British junior Championships.  He was also the winner of the U19 Canadian Junior Open in 2008.

Anthony moved to Virginia, USA in 2014 and became the Head coach of a private high school and soon after the head coach of an affiliated private racquets club.  Anthony has a passion for squash and a great amount of enthusiasm to share his knowledge with all ages and standards of squash players.

To book a lesson with Anthony …

Rates for the lessons with Anthony: 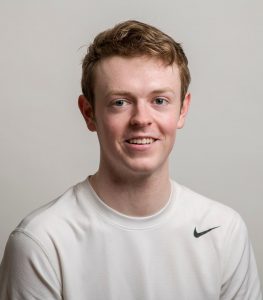 Ryan grew up in a very active racquet family playing squash and tennis in Vancouver.  Ryan was the number one Junior in B.C during his junior career, winning 11 consecutive BC Closed Junior titles.  He was finalist of the 2017 Canadian National Squash Championships Under Boys U19.  In addition to the above accomplishments, Ryan was the recipient of the Massy Goolden Trophy (B.C) and Alex Doucas Memorial Award (Canada) which recognizes outstanding sportsmanship.

He represented Canada at the World Junior Individuals and Team competition in 2018 in India where Canada finished 5th and Ryan lost in the round of 32 in the Individuals.

Ryan spent 7 months in England training/playing/coaching under the guidance of Chris Ryder who was former world ranked 33rdand head coach of the English Junior National Squash Team.  While in England, he played in satellite PSA tournaments.  Ryan also was an assistant coach for the Canadian Junior Team playing in the British Junior Open in 2019.  He has coached all levels of squash from total beginners to elite players while in England coaching at Chris Ryder’s Squash Club in Solihull, England

Ryan has also been the assistant squash coach at Vancouver Lawn for the past 2 years under Head pro Viktor Berg.

To book a lesson with Ryan…

Rates for the lessons with Ryan: